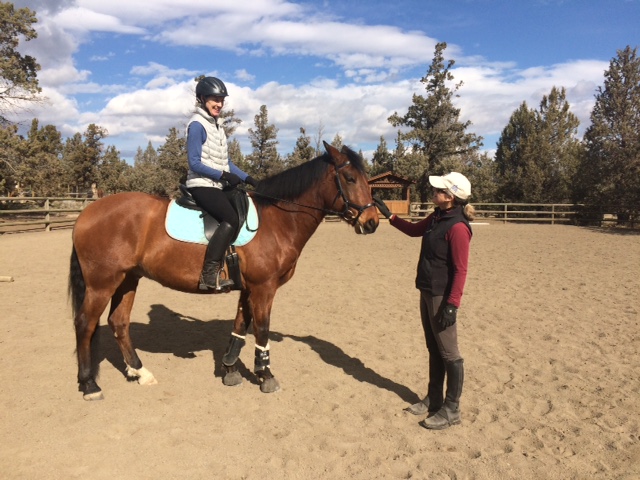 Nancy founded Canyonview Equestrian Center, in Silverton, Oregon, in 1973. There she managed a riding program with over 40 horses. She was the primary instructor for a resident college-level riding course that attracted students from all over the United States and Canada. From 1986 to 1989, Nancy was assistant trainer/barn manager for Alexandra Howard, former USET member and “S” rated judge, in Watsonville, California. It was there that she met Major Anders Lindgren of Sweden, who greatly influenced her riding.

Nancy also received extensive training under Mary Wanless of England, who imparted creative ways to communicate a proper seat to the rider. Nancy has competed through Grand Prix, riding Bullmarket, a former USA Olympic team horse. Nancy was a dressage instructor and clinician in the Monterey Bay area until 1998, when she and her husband, Mark, moved to Central Oregon and started Stonepony Dressage. Nancy has continued her dressage training under Margret Dieckmann-Grosshundorf, Dieter Riedinger, Danica Yates and Sue Sherry.

There are no upcoming events.